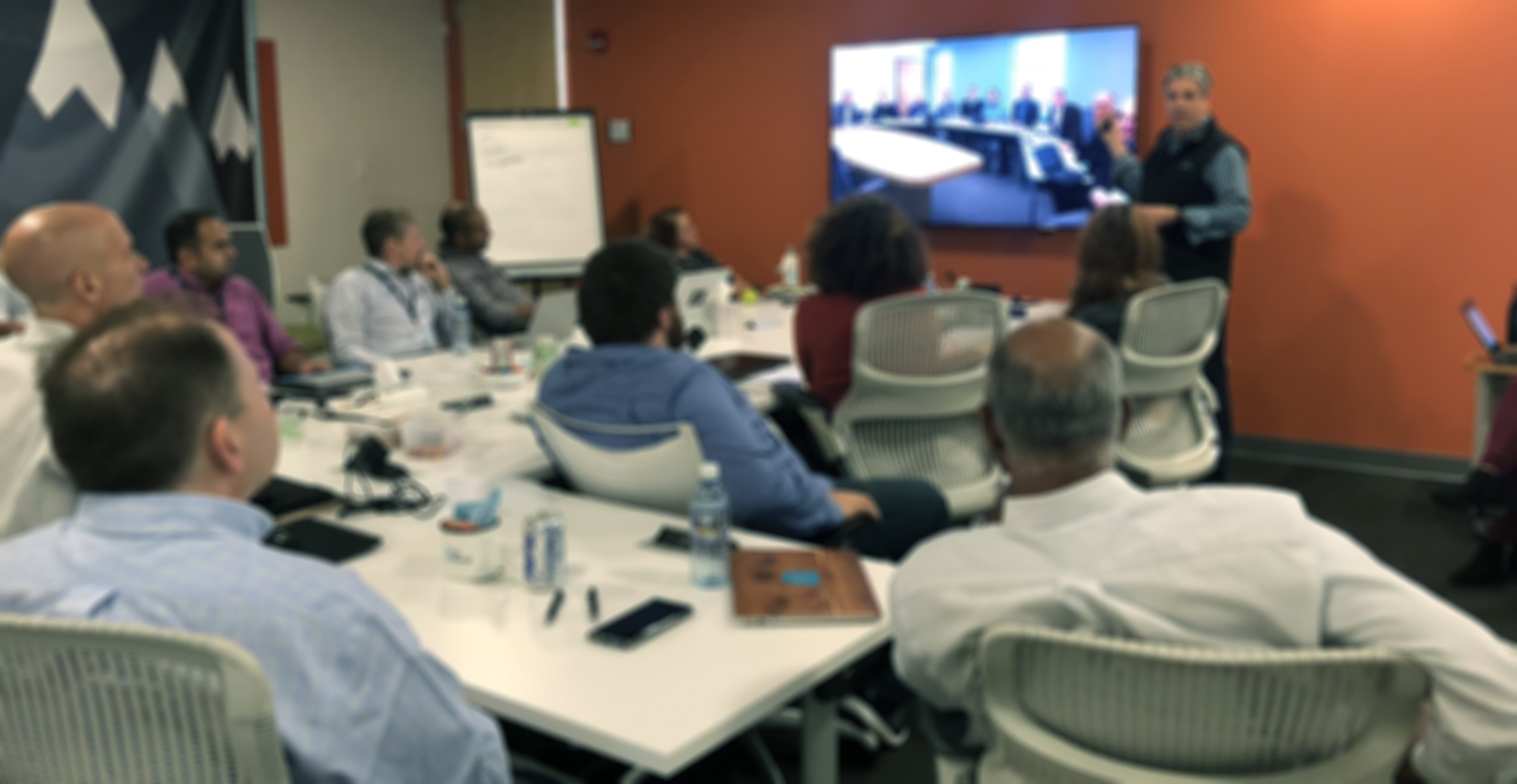 #Fiterator3 came to a close two weeks ago, and I've spent some time reflecting on the success of this year's cohort. The numbers tell a productive story: this year, #Fiterator3 teams travelled 321,395 miles to meet 160 people for 383 meetings. As a result, Averon, Blitzz, and Mutable have 21 high-level engagements with our members and are starting 12 trials - a beautiful sign of success.

But talking about #Fiterator3's journey solely in terms of numbers would be far too simple. There is a lot more to the journey these teams go on. Part of what makes the Fiterator unique is that we work with later-stage startups. They already have their businesses in motion. They have a usable product, they typically have customers, and they know how to run their business. And many times, this is not their first rodeo in startup land.

Back in August, Averon, Blitzz, and Mutable arrived at CableLabs' Summer Conference already having done their research about how they could solve the woes of the industry and how they would fit. They were hungry and ready to make an impact. These teams wanted to change how the world connects.

When we started the Fiterator program a couple weeks later, they faced a tough challenge: we asked them to forget everything they thought they knew and to strip down every single assumption they had made. They went back to a tabula rasa, and it was time to make space to validate all of their assumptions and find their unique value proposition to the cable industry. It's not an easy ask of these seasoned, savvy entrepreneurs who were already successful in other industries - but they rallied, and we are inspired by how vulnerable they were willing to be in order to succeed.

Before several rounds of pivoting, Blitzz was originally built as a solution for veterinarians - a far cry from where it now finds itself in the connectivity industry after four months of hard work! CEO Rama Sreenivasan, CTO Keyur Patel, and CCO Marc Della Torre arrived at our offices knowing that their solution, which offers an AI- and video-enabled collaboration platform, could be valuable to the industry - but not fully knowing how to tackle it.

Through meeting with their industry mentors and the SMEs at CableLabs, they have gained a deep understanding of their value proposition to the cable industry. The Blitzz team also had the opportunity to go on ride-alongs with field technicians and to sit alongside customer experience teams, learning about the needs for collaboration from both sides. According to Rama, they have learned the industry terminology and pain points, enabling a deeper understanding of how their technology can help field operations, headends, data center servicing, new construction, and training cases (including new hires, turnover, and general instruction).

During their time in the Fiterator, Blitzz made a valuable acquisition: their CCO Marc Della Torre, who had already sold into the cable industry in a previous company. He was familiar with the situation Blitzz faced, but noted that his previous experience (not with UpRamp or CableLabs) had taken significantly longer! We are thrilled that Blitzz's engagements with the MSOs have led to 10 trials starting across the CableLabs member community.

"Through the Fiterator, we've received a firehose of knowledge and the skills that we need to navigate it. The mentors have been world-class in expertise about this industry." 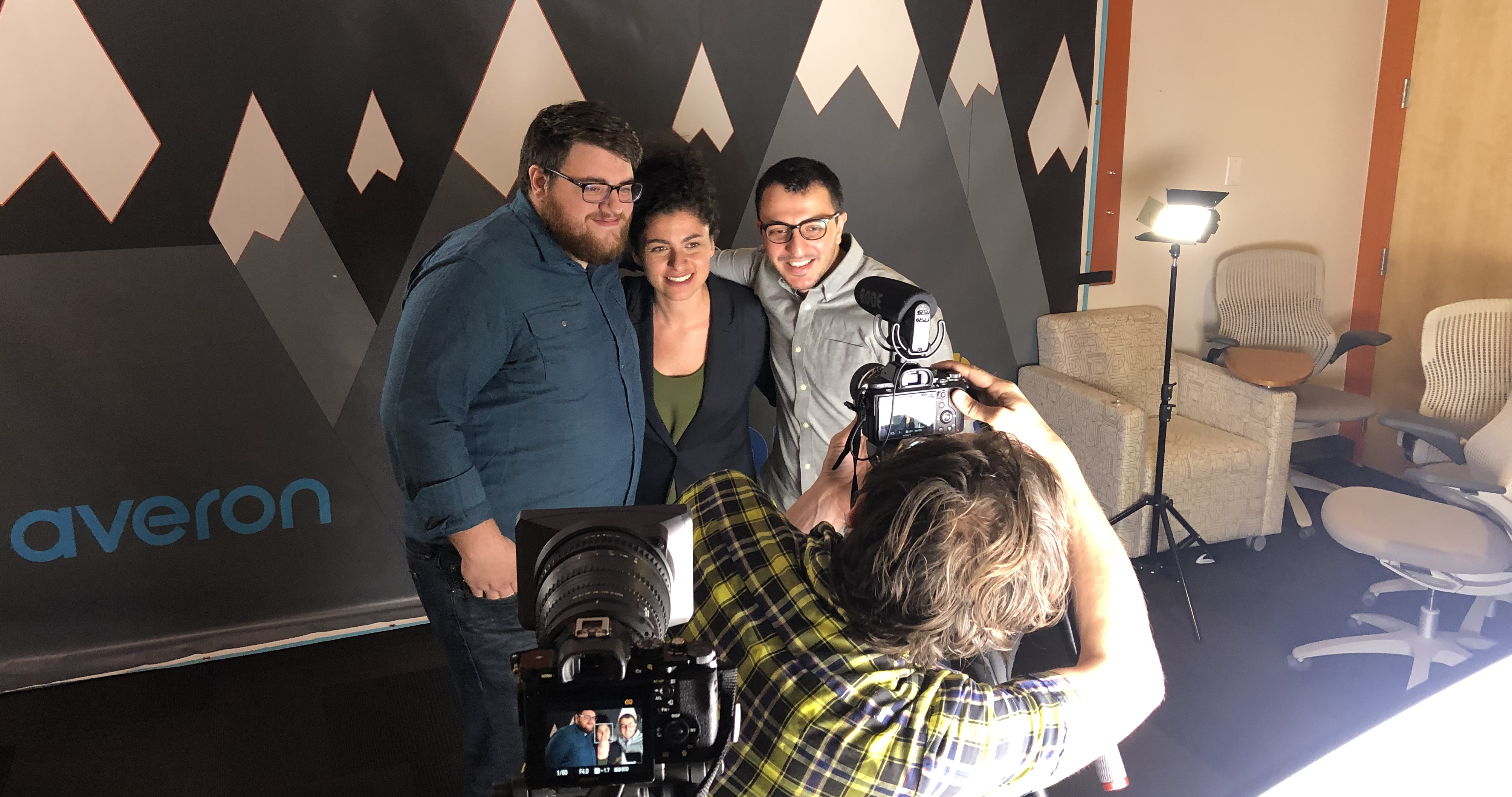 Mutable joined the Fiterator offering technology that promised to enable all of that cool tech we keep hearing about - including smart cities and autonomous vehicles. Their platform enables developers to deploy software to edge data centers instead of remote cloud locations, reducing latency and allowing applications to respond faster.

Coming into the Fiterator, CEO Antonio Pellegrino, Head of Product Vache Asatryan, and Head of Partnerships Raquel Pellegrino knew that their technology could be valuable to MSOs, who typically have spare edge real estate that lays unused, letting capital slip away. But throughout their time in CableLabs and talking to industry mentors, they learned of several other internal, business, and developer use cases - including (but not limited to) proactive network maintenance, vendor solutions for virtualization and IPTV, video, AR/VR, and cybersecurity.

Now, with 6 ongoing high-level engagements with CableLabs member MSOs, Mutable is well on its way to giving us all of those cool toys we've been looking forward to. Mutable's technology will be key to bridging the gap between the connectivity industry and the developers creating the technology of tomorrow, enabling the tech industry to fulfill so many promises.

“The mentors at CableLabs gave us straight answers and worked closely with us to find the most important use cases for the industry. That was really valuable to us.”

#Fiterator3 may have come to a close, but even as the applications for our 2019 cohort open next month (gasp!), we'll continue working closely with Averon, Blitzz, and Mutable as they progress in their engagements and trials with the CableLabs MSO community.

In the past 50 years, the connectivity industry has fundamentally changed how the world stays connected. Now we have the opportunity to enable the global entrepreneurial community to radically add to that, creating a seamless experience for consumers across all areas of connectivity. We're so excited to see the impact that Averon, Blitzz, and Mutable will make on this industry as they become role models of engagement for future startups.

Ready to be a part of our future definition of success? Apply now for #Fiterator4: